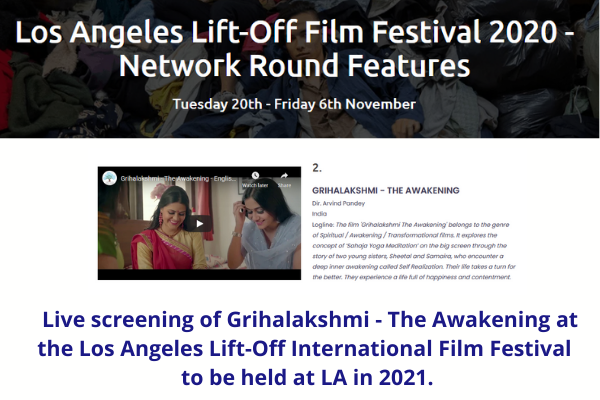 Our Film Declared Finalists in No 2 position out of the 8 films selected for the final Network Round. This round is of only the film maker’s round, who have been appointed as Judges to vote for the finalist film that will be adjusted the winner for award and live screening at the Los Angeles Lift-Off International Film Festival to be held at LA in 2021.

Congratulations to Team Immaculate & all supporters of the film who voted it to make it to this final Network Round.