Today, our Medium, be it print or audio-visual, depicts only the miseries of life & its sufferings; making us witness negative human endeavors, whose continuous feed makes us more and more fearful, hapless & disgusted. By highlighting social ill, we notice that more crimes are on the rise, as they derive inspiration from such depictions/narrations both in print & Films. The fear quotient is on the rise, leaving a bad taste about life with no permanent solutions on the anvil. All this in the name of Entertainment. It sends a clear message of how much we need to be aware, in the garb of programs like Savdhaan India or Crime Patrol or many other such TV serials that take up the viewer’s prime time, the expected social impact or a positive transformation is virtually nil. Seldom have such programs suggested a better life option, but leave the viewer to his limited imagination to simply ignore the evil, until their own life is directly affected. Witness it as a passing drama meant for ‘someone else’s life’- called fiction; wishing that it would never happen to us. But if it does, then we are left vulnerable, fearful & unprepared to deal with it. So. is there a solution?  That is the question

There is no mechanism that the general public at large is aware of, that can provide a tangible solution, except to seek Justice from the Legal System provided by Governments. We all know how much this system really solves anything for us. The solutions are temporary, momentary touching vital social issues at a very superficial level. Yes, our Media depicts it, and we accept it.

We live in a sort of a mythical world, a ‘make-believe’ one – A world of Fiction. Back home, we are struggling with harsh realities & the fear of the unknown.

However, if a carefully scientifically researched & executed Program of an Audio-Visual presentation or Film can be showcased to find tangible solutions with far reaching consequences of living a better & purposeful life, who will not want to experiment on it?

By making it extremely interesting, entertaining and in a dramatic story telling way, such depiction can bring a paradigm shift in the kind of content that is currently available for viewing in our Juke Boxes, TV Screens or Cinema Theatres the world over. We are not talking of anything that has to be imposed on the audiences. Rather, a very logical & scientific approach that is not only empowering but very simple to imbibe & start seeing things from a different perspective.

We propose to introduce a refreshingly new content- easy to comprehend, understand, imbibe & and apply in one’s daily life, thereby getting empowered by a new kind of vision, a new kind of awareness, an enlightened attention, that is capable to solve all life-problems, making this world a better & peaceful place to dwell in.

Yes our aim is to bring in a new type of entertainment to our screens, where pure knowledge is exchanged with the audience in a very subtle & sustainable manner. Audiences, while applying their own individual beliefs, can get empowered within to start seeing a powerful system existing in themselves, as a source pure knowledge that is capable of solving all their problems and contributing to a better & robust society. 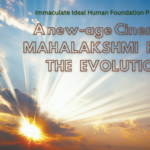 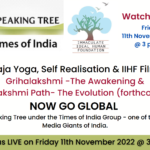 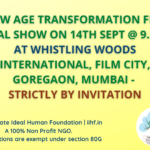 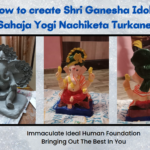