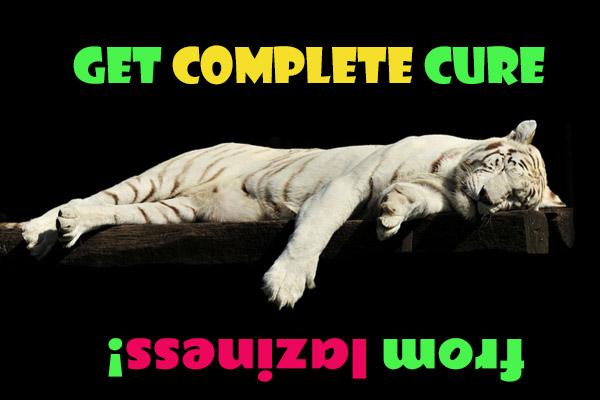 NSY- Nothing much Ila, I am just feeling sleepy.

SY- Haha, but when I called at your residence around 9 pm yesterday, your Mom told me that you were asleep. What’s the matter with you?

NSY- Frankly speaking, I am lazy about everything. I have faced several academic losses in the past too, but still no improvement has been made.

SY- I must say Lethargy is the Most Anti-God feature of people these days. Owing to the advent of 21st century of science, all technological developments have made us slaves of lethargy.

NSY- But, many times, I find this laziness pretty good. In fact, my hobby is sleeping. I just try to ignore the consequences of it.

SY- Lord Krishna has put, the worst vice in the whole world is “aalasya”, means lethargy. Everything comes out of lethargy. According to Him, first the lethargy comes in and because of lethargy we get into vices. A person loses the essence of life through lethargy.

NSY- Oh! Now I realize, it is indeed shockingly true. I am enchanted by your dynamic behavior, I find you very attentive & regular in the college too. What is the secret behind this?

SY- Sahaja Yoga is a method of meditation which brings a breakthrough in the evolution of human awareness. It was started by Shree Mataji Nirmala Devi in 1970 and has since spread all around the world and that too free of cost.

NSY- What is the ideology behind this?

SY- In Shree Mataji’s own words: “Global unity of mankind can be achieved through this awakening that can occur within each human being, so that transformation takes place within us. By this process a person becomes moral, united, integrated and balanced.

NSY- Sounds pretty good. But, will I get rid of this horrible lethargy by joining Sahaja Yoga?

SY- As a matter of fact, yes! It is clearly evident that your Left channel of the subtle system is malfunctioning.

NSY- Left channel ? Subtle system? What are you saying? I don’t understand anything.

SY- Every human body has a subtle system that consists of energy centres. This system is divided into 3 channels, Left, Right and Central channel. Imbalance in any of the channel causes problems in human body. But, all these imbalances can be cured completely by a true spiritual master through Self realization process ofKundalini awakening.

NSY- What does that mean?

SY- Self Realization is the awakening of the Kundalini through the central channel, piercing through the six chakras above the sacrum bone and emerging at the top of the head (fontanelle bone area) as a gentle “fountain” of coolness.

Self Realization has always been the ultimate goal of all religions and spiritual traditions of the world, but was extremely difficult to attain in the past. It has now become a mass phenomenon achieved effortlessly through Sahaja Yoga, which is Shree Mataji’s invaluable gift to humanity.

NSY –Thank you very much for telling me about Sahaja Yoga Meditation. I am greatly influenced by this Pure knowledge and I look forward to join Sahaja Yoga meditation organization.

SY- That would be really great!