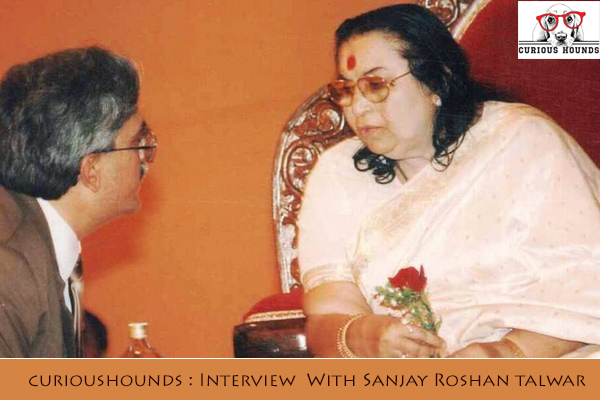 The progeny of a classical vocalist mother, Sanjay Talwar grew with music in his ears and, not surprisingly, became a star singer winning awards in his college. Academically, a double Chemistry graduate and a Chemical technologist in a joint export business with his brother, married with two children, led a typical conditioned and judgemental life wearing coloured lens over his inner eyes until at 27 years. In 1982 he met HH Shri Mataji Nirmala Devi, founder of Sahajayoga meditation technique which brings a breakthrough in the evolution of human awareness; known as Self Realization, which is the awakening of Kundalini through the central channel, piercing through the six chakras above the sacrum bone.

Following this meditation 1984 onwards, it changed the entire course of his life taking away all confusions. He was reborn, discovering the truth about life and self, more importantly the capacity of human being’s achievements. He gained a fresh insight to a new mind set and a whole lot of new experiences in Her divine company understanding the subtle knowledge and how the Divine works.

What inspired you to make a feature film on this untouched subject? Were you not sceptical?

My inspiration for the film is: Her Holiness Shree Mataji Nirmala Devi. My inner being longed to make a Feature film even before I was introduced to Shree Mataji (in 1984). As a child I loved to watch films, and rarely missed any new release since my early years in 1961, when I was 6 years old. Music used to mesmerise me and I would spend hours delving in the beautiful melodies of Indian films. In the year 1986, barely 2 years after my initiation into Sahaja Yoga Meditation by Shree Mataji, I began to discover my creative potential as a writer, composer & singer. It started to sprout in my early tears of practice of this meditation. In about 16 years it grew in leaps & bounds till I had reached its zenith. It simply kept flowing from the divine knowledge I had imbibed in the presence of this great Goddess. I kept learning & writing about it in prose, presenting it to Her as an offering at Her Lotus feet, Her own message to mankind, on its tremendous transformative impact it had on my life. My Poetry got composed spontaneously, and my voice developed significantly in both texture, quality & softness. So the moment I rendered it, after She would give the Experience of Self Realisation while addressing world audiences, it begin to work on seekers of truth to help them connect deeply with their own powers within and feel their own transformations.

The real inspiration was then planted in my mind by Shree Mataji Herself, when She recommended that my songs be rendered eternal through the digital media. I already had over 21 Albums with 150 songs to my credit. In 2002, she asked me to take it to the next level in the form of Cinema.Really, the untouched subject had touched my heart so much, that the sprout of my creative instinct, nourished by her words spoken 15 years back, had grown into a full tree. That is when I decided to take the plunge, and bring it all back in the highest form of Cinematic depiction – The Film Grihalakshmi The Awakening. 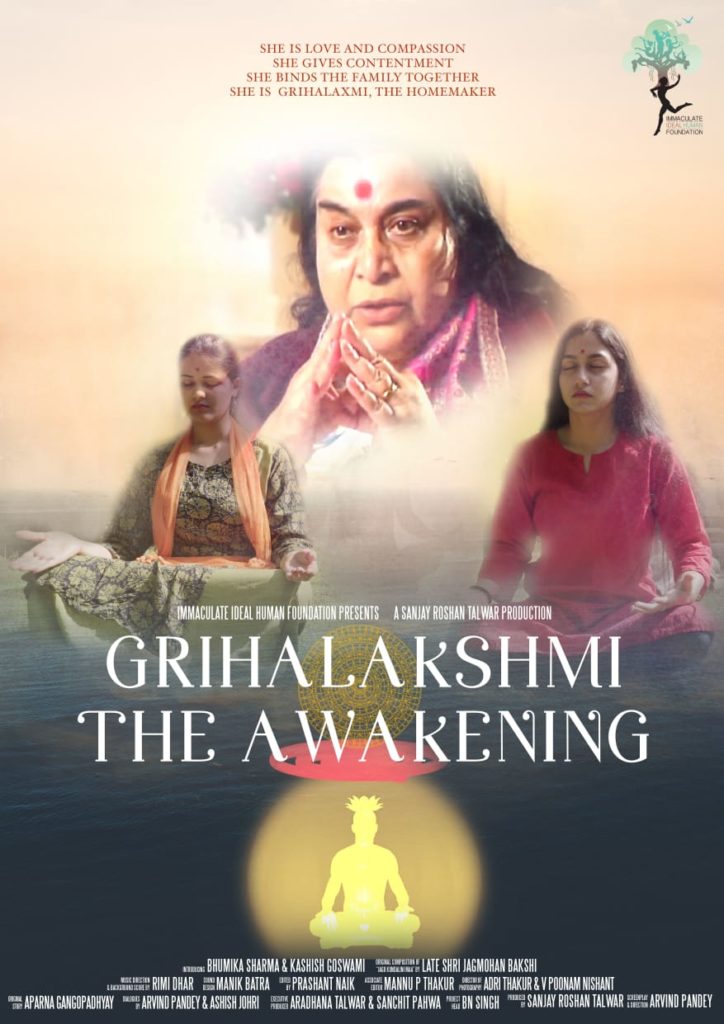 There was no question of being sceptical. I simply knew that one day it would happen, and that day happened to be 08th Feb 2017, when I started the Non-Profit NGO – Immaculate Ideal Human Foundation, that finally became the Production House of the film.