Forerunner of ‘Hero and Zero’ ‘Friends’ is a four ‘man’ comedy about a protagonist who is trying to achieve a state of inner serenity through meditation but instead finds himself in the middle of a humurous tug-of-war battle between the ‘personalities’ (Friends) inside his own head i.e. the conflict between his Ego/Super-Ego and his inner Spirit

Initially his ego i.e. his identity, his ambition, his self-confidence is constantly battling with his Super-Ego i.e. his past, his guilt, his fears and low self esteem, but, as the play develops the Ego and Super-Ego team up against our protagonist and only after making a real connection to his inner Spirit (played by Christina Treffny) does he finally find inner peace. 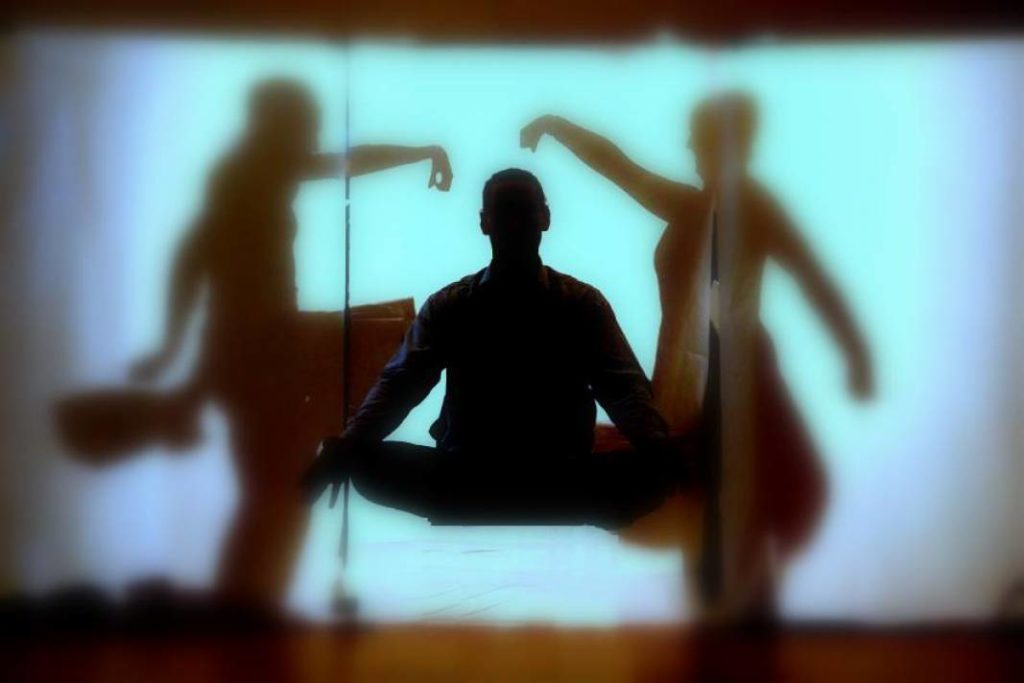 Friends had its opening night in May in Chalfon St. Peter, UK was performed at Stadtinitiative Theatre, Vienna.

Source: The Theatre Of Eternal Values