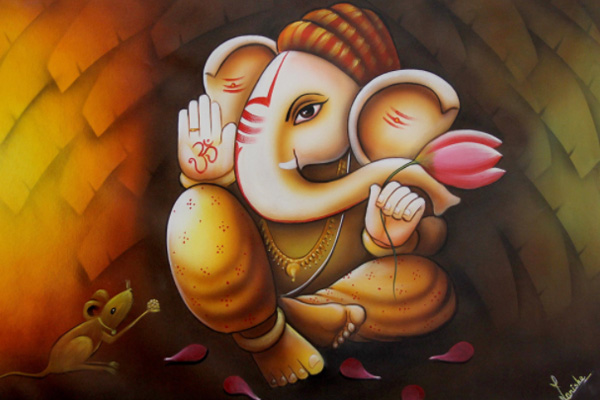 Did you know there are 250 temples of Ganesha in Japan!

In Japan, Ganesha is known as ‘Kangiten‘, the God of fortune and the harbinger of happiness, prosperity and good.

An Oxford publication claims that Ganesha was worshipped in the early days in Central Asia and other parts of the globe.

Ganesha statues have been found in :

It means the cult of Ganesha was prevelant all over the world in ancient times. 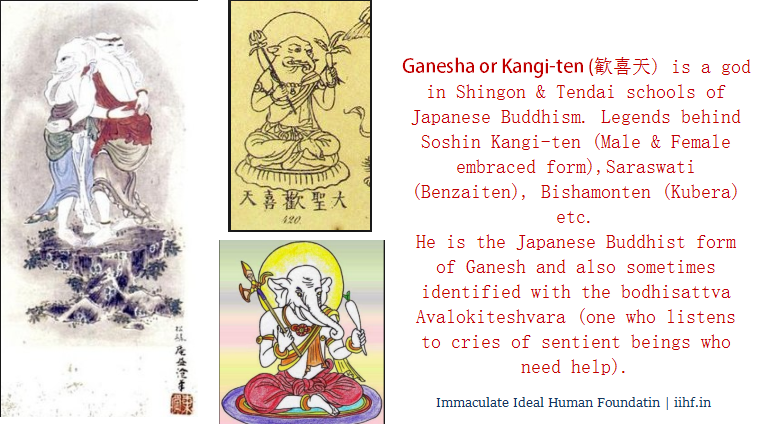 Ganesha in Europe, Canada and the USA

Ganesha’s idol and paintings are exhibited in all the important museums and art galleries of all the European countries especially in the UK, Germany, France and Switzerland.

Ganesha idols and paintings(as goodluck charm) are also present in thousands of houses/offices of successful business/writers/artists in all the European countries and in Canada and the USA. Recently a figure of Ganesha was unearthed in a village near Sofia, Bulgaria. Like Indians, the Romans worshipped Ganesha before any work was begun.

The embassy of Ireland at New Delhi became the first European embassy to invoke the blessings of Ganesha by installing a statue of Ganesha at the main entrance of the embassy.

“Ganesha is the God of knowledge and Ganesha’s vehicle is the mouse and, as you know, for software engineers the mouse is the vehicle that they use to take their ideas and innovations from one place to the other.”

Hence it was decided by the computer industry association to select Ganesha as the presiding Deity of Silicon Valley.

Early images of an elephant headed Deity, including those on an Indo-Greek coin and elsewhere, dating between the first and third centuries BC, represent Ganesha as the demi God Vinayaka.

One of the Indonesian currency notes carries the picture of Ganesha.

10,000 year old secret of success.
Devotees of Ganesha make reference to his Vedic origin which is around 10,000 years old to push his antecedents back in time. The Vedas have invoked him as ‘Namo Ganebhyo Ganapati’ (Yajurveda, 16/25), or remover of obstacles, Ganapati, we salute you.

The Mahabharata has elaborated on his personal appearance and Upanishads on his immense power.

“Scholars say artifacts from excavations in Luristan and Harappa and an old Indo-Greek coin from Hermaeus, present images that remarkably resemble Ganesha”.

(Robert Brown in his Book “Ganesha: Studies of an Asian God”:State University of New York Albany).