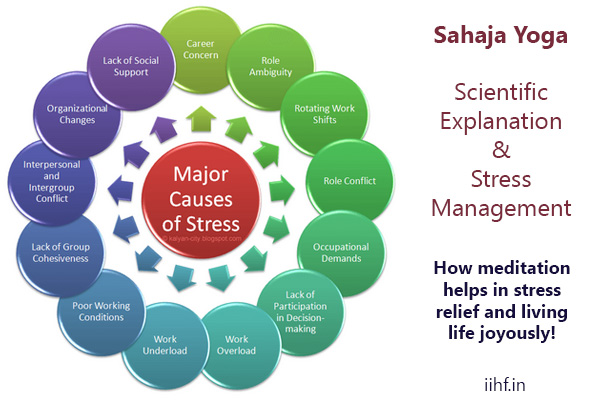 Stress is defined as “a state of psychological and physiological imbalance resulting from the disparity between situational demand and the individual’s ability and motivation to meet those needs.”

Dr. Hans Selye, one of the leading authorities on the concept of stress, described stress as “the rate of all wear and tear caused by life.”

As per Medical Science, the Human nervous system consists of three systems –

The central nervous system is responsible for issuing nerve impulses and analyzing sensory data, and includes the brain and spinal cord.

The peripheral nervous system is responsible for carrying nerve impulses to and from the body’s many structures.

The Autonomic nervous system is composed of the Sympathetic and Parasympathetic division, more or less opposite in function, and is responsible for regulating and coordinating the functions of vital structures in the body.

Further, the term “Plexus” in medical science refers to a network of nerves or blood vessels, which control the functioning of different organs of our body. The nervous system features a number of these networks, where autonomic and voluntary nerve fibers join together.

Medical science has no concrete explanations as to why stress is caused on slightest pretext even though it acknowledges it’s existence and it’s various ill effects. Why a single situation affects different persons in a different ways are some of the questions, which are unanswered by the medical world.

Science can measure the various parameters of the body such as heart beat, blood pressure to find out the state of the system and prescribe medicines but has no rational explanation as to why it happened and how it happened which can be logically and scientifically proved.  The reason is because science has denied the existence of an inner subtle system in every human being and considers human beings as a network of nerves and sensory organs that interprets the outside physical world.

However, Sahaja Yoga is changing all that and now the existence of an inner subtle system of channels (nadis) and centers of energy (chakras) can be felt on our central nervous system which cannot be denied. This inner subtle system looks after our complete physical, intellectual, emotional and spiritual being.