Film Grihalakshmi will be broadcasted for the entire population of Greece! 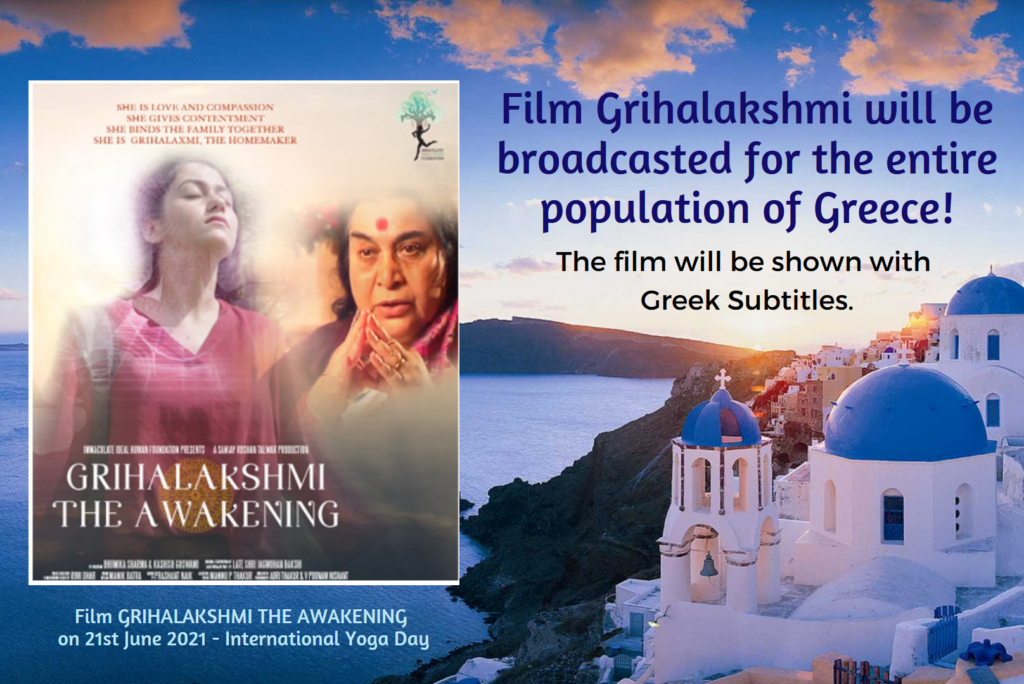 Film Grihalakshmi will be broadcasted for the entire population of Greece!

Indian Embassy in Greece will be broadcasting our Film GRIHALAKSHMI THE AWAKENING on 21st June (Yoga Day) on behalf of Government of India through their Facebook handle for the entire population of Greece. The film will be shown with Greek Subtitles.

This is a big achievement for all of us who have been a part of this project. I must congratulate our brother Vaibhav Khodpode who is the main coordinator for SY Greece for being able to convince the Embassy of Greece.

I sincerely pray that more of our SY brethren based in different countries take cue from this development and approach their respective Indian Consulates / Embassies and convince them to follow the Greek model and broadcast our film on their respective social media platforms on Yoga Day.
Please share this message with maximum Foreign Yogis to coordinate between their respective Foreign based Indian missions and make this as a world phenomenon.

If all Indian Missions follow suit, we can expect many countries to watch the film and receive their Self Realisation enmass. This would surely pay tribute to our Divine Mother on Yoga Day, that SY indeed is the Maha Yoga.